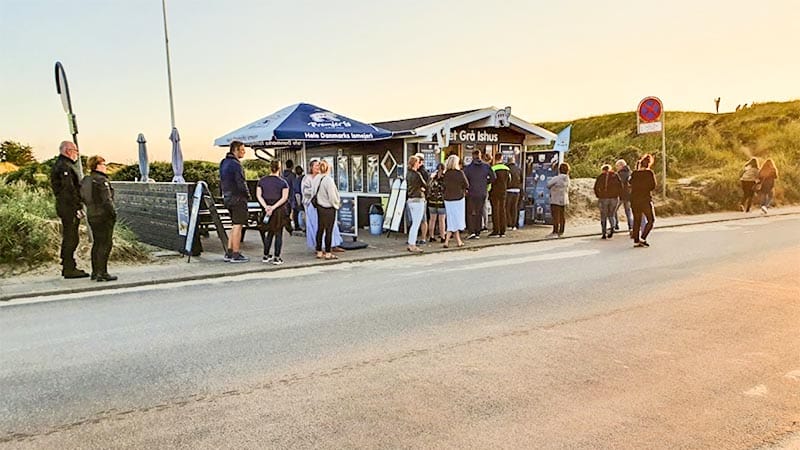 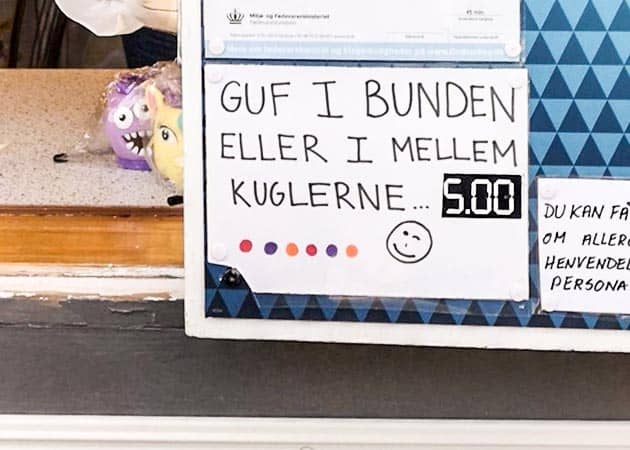 NOTE! Jette Bundesen and Premier Is could not agree on the economic terms for 2022, and therefore Jette has stopped. That's why you can not get Jette's legendary guf at the moment.

There was a time when Det Grå Ishus was the ice house you passed on the way to Det Blå Ishus, when you had an ice cream with the best guf in the world!

There are still many who believe that one should, but the truth is that the legendary guf has moved!

Yes, Jette Bundesen, or the Ice Queen as she is also called, who has leased the Blue Ice House since 1993 and who invented Denmark's most talked about guf, the Tversted guff, stopped in the Blue Ice House back in 2018 - and she took the guff and the secret recipe with him!

Fortunately, you do not have to move far to still be able to get the legendary guf, whose recipe is as secret as the recipe for Coca-Cola. Jette and her husband Henrik have only moved 40 meters further down Tannisbugtvej to Det Grå Ishus.

Guf between the balls

The sign is gradually becoming almost as legendary as the guff - but also only almost!

Years ago, it became popular to ask for the "best guf in the world" between the balls, and to this day, many northern Jutlanders believe that you have not been to Tversted before you got an old-fashioned ice cream waffle with Jette's guf between the balls! If you have not tried it yet, you can write it on your bucket list.

The Gray Ice House is open from the start of summer time (late March) until week 42.

The opening hours are from kl. 11 to sunset (or as long as there are customers).

There may be few discrepancies, so if you want to be 100% safe, you can find the latest updates in Det Grå Ishus' Facebook group, where Jette and her husband, Henrik, post updates.

Use our guide to North Jutland, where we have collected a handful of good ideas and tips for experiences, places to eat and accommodation in North Jutland. 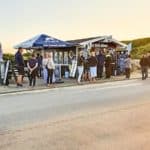 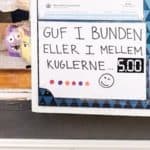