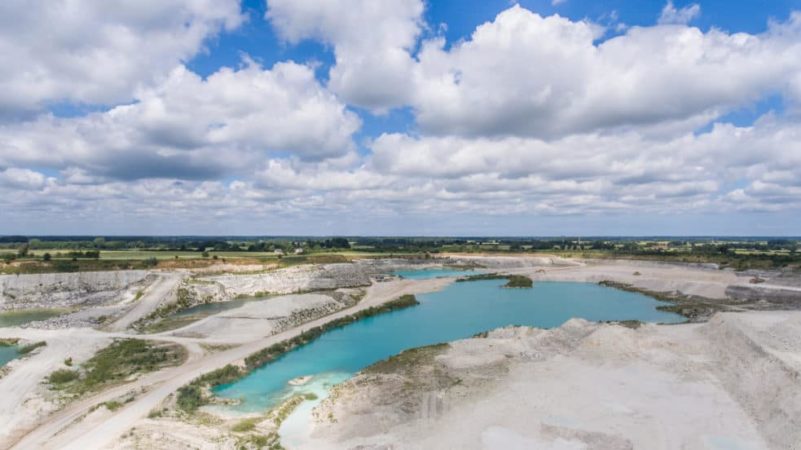 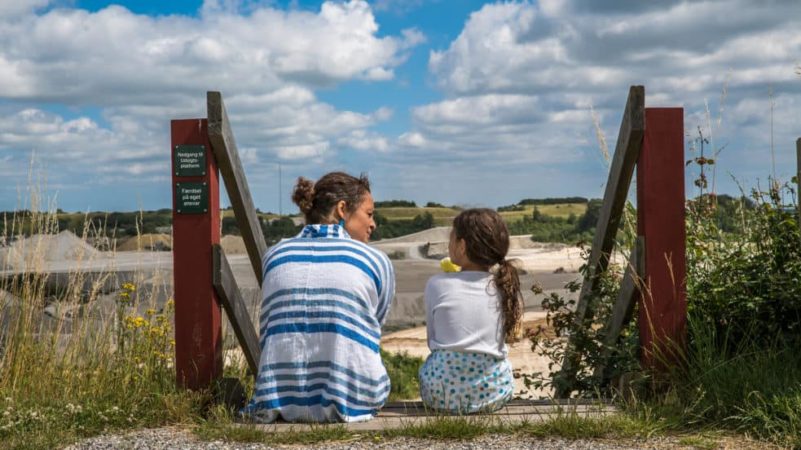 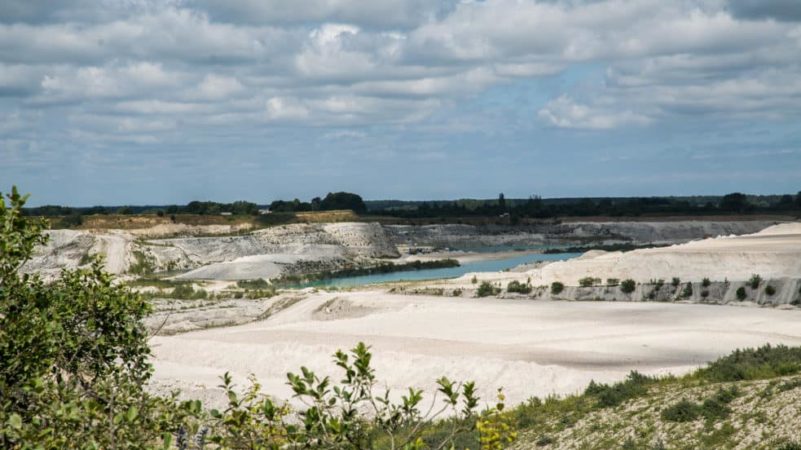 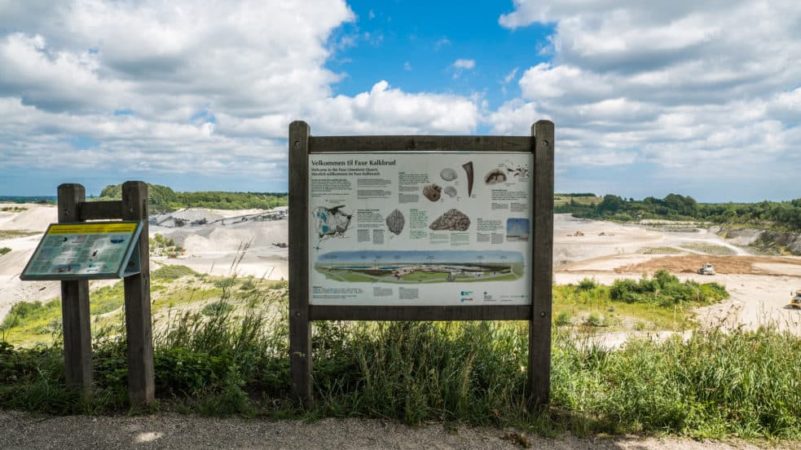 The quarry Faxe Kalkbrud is Denmark’s largest man-made excavation. If you go down into the limestone quarry, you can walk on the bottom of a sea that is 63 million years old, where sharks, crocodiles and octopuses once swam amongst the colourful corals. And if you find fossils on your trip, you’re allowed to take them home!

The limestone quarry contains many fossils of mussel shells, corals, sea urchins and shark teeth. Bring along a hammer and chisel and search for them yourself. The quarry features two types of limestone – one containing bryozoans and the other being coral limestone – that were formed by two different groups of animals. The coral limestone consists of old coral reefs, whilst the other limestone was formed by large colonies of bryozoans. Faxe Kalkbrud is the only place in Denmark where coral limestone is exposed. The limestone quarry contains several turquoise-green lakes, a fantastic contrast to all the surrounding white. The lakes have been formed by groundwater and are of unknown depth.

Your visit to the quarry is undertaken entirely at your own risk, and as limestone is still being extracted from the quarry, you should be aware of the quarry employees operating machinery. There is a parking area and toilet at the associated Geomuseum Faxe, and if you haven’t brought a hammer and chisel along with you, you can rent these at the museum.

Beautiful scenery, fossil hunting and hiking. Remember to bring sunglasses, bag for fossils and hammer. The hammer can be borrowed at the museum. 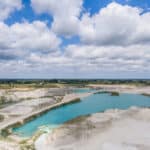 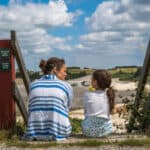 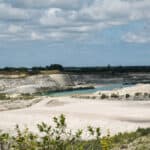 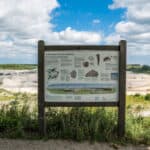 We use cookies to ensure the best possible experience of our website, for statistics and marketing. By continuing to use opdagdanmark.dk you accept our use of cookies.