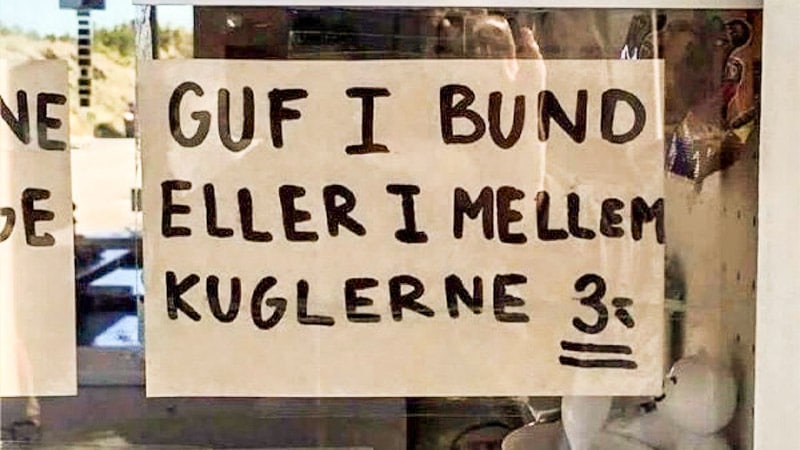 Write a review review
The flag waves in the wind on top of Det Blå Ishus which is Denmark's Best Ice Cream Parlor in 2017. That was settled in a poll where more than 2.000 people voted on OpdagDanmark's Facebook page. Beautiful sunsets and an amazing 'guf' are among the winning ingredients. The ice cream parlor is located right at the beachfront of Tversted and must be the city's main attraction. It is seen on the amount of people who often stand in line here. The ice cream parlor use Premier ice cream and the place has a legendary 'guf' made on a secret recipe. If you are going on a holiday in North Jutland you should do yourself a favor and get a cone from this ice cream parlor. Don't forget to do as the locals and ask the staff to put 'guf' between the scoops.

If you are in the mood for something extra and have a good appetite, you can go with the ice cream parlor's specialty - a huge cone with 10 scoops, or the more moderate Tversted Special that 'only' contains 5 scoops. Either way, make sure you buy something you can get 'guf' on top of (or in between the scoops). This 'guf' is insanely good. We loved it!

Det Blå Ishus is open every single day between Easter and the autumn holidays in week 42 from noon to sunset. If you want to be sure that the place is open, use the Facebook-link at the top of this page to see the current opening hours.

The history of Det Blå Ishus

The history of the Blue Ice House dates back to the 1920s, where the & #8211; like so many other places in Denmark & #8211; is well underway in the construction of cottages. Here Martha Grønbech gets an ice house erected so that her two girls, Julie and Dagmar, can make money selling ice cream. There are various accounts, but the ice house is believed to have been built in 1927. Read about our recent experiences at some of the country's best ice cream parlors:

Tannisbugtvej 125C
Bindslev 9881 DK
Get directions
Open: From noon to sunset every day from easter to week 42. 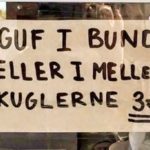